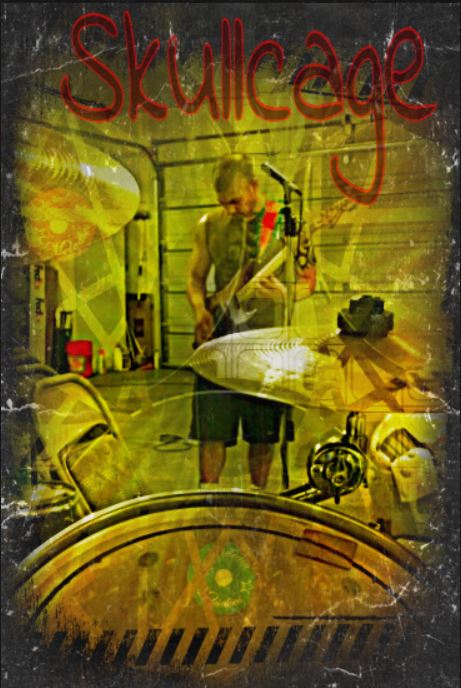 I was deeply disappointed when my 23&Me genetic analysis came back and told me I don’t have any Jewish ancestry.

The Three Stooges were the brightest part of my world when I was three years old. I was an adult when I discovered that they were all Jewish.

I’ve been an Einstein devotee since I was six and my Dad told me about the relative nature of time and velocity. I was probably in high school before I heard that Einstein was Jewish.

I’ve been a Bob Dylan / Robert Zimmerman freak with his lyrics bouncing around in my brain since I was eleven and my sister let me borrow Blond on Blond, my favorite album to this day. I was probably in 8th grade when I learned he was Jewish. Not that I had a clue what that meant.

One of the two most talented cytotechnologists I ever worked with was Jewish. The other, whom the local pathologists called “God” because of her unearthly diagnostic accuracy with fine needle aspirations, was of Middle Eastern Arab descent and therefore possibly a descendent of Abraham.

And when I was fourteen, I began reading the gospels over and over for decades becoming dominated by my admiration for a one-sided interpretation of Jesus — a Jewish man who, by tradition, was recognized and appreciated at birth by wise men from “the East” who followed his star.

What was that really all about?

The longer I live, the more I see ancient stories and “myths” supported by new evidence from mainstream materialistic science. The evidence for an advanced human civilization before the Younger Dryas event is mounting as the sheer mass, complexity and global extent of megaliths is delivered to the public on YouTube, and huge impact craters, especially the recent one in Iceland, suggest a causal connection. Meanwhile, UFO’s have been to some extent accepted as real by the mainstream media, senators and at least one billionaire.

Who were these wise men from the East who brought gifts to a Jewish baby? They don’t seem fabricated. What motivated their journey?

On top of my general appreciation for Jews, my mother, God rest her soul, told me that she thought my Dad had some Jewish blood. His mother’s last name was Talmage, an English name that was sometimes adopted by Jewish people who had migrated into England in the remote past.

It was nice thinking that I was probably at least partly Jewish. I had that deep-down sense of belonging to an important Tribe of amazing people.

You might imagine my disappointment when my genetics came back with no evidence of Jewish heritage at all. The report told me I’m over 99 percent Western European, almost all British. Plus I’m a male, for crying out loud!

How repulsive can you get genetically speaking in today’s PC world?! It’s hard to be more genetically incorrect than I am.

I chose to be born male and white in some prior realm of existence. Can I get an Amen from a materialist? No. How about from a Christian? Doubt it.

Either through greed or masochism I decided to become a genetic member of the only Tribe that’s fair game for open stereotyping, prejudice and hatred: the “White Patriarchy.”

Silly me. What was I thinking?

But to my temporary and yet infinite relief, 23&Me also said I’ve got 0.2 percent Native American blood. Mom’s family myth was true. A man named “Monk” must have really married a woman named “Squa.” (Forgive the non-PC word, but “Squa” was my ancestor’s literal name in my Mom’s family story.)

Wouldn’t it be wonderful if 0.2 percent non-white blood could rescue me from PC shaming and loathing? And make me a genuine member of a politically correct Tribe?

I’m not getting my hopes up.

Is it even right for someone like me with over 99 percent inherently “PC evil” genetics to attempt an escape from mediocrity? Wouldn’t it be better for the Universe if people with my deplorable white-male genetics would just shut up, go away and accept Karma’s payback for choosing the moral inferiority and genetic guilt of white maleness?

You see where I’m going with this madness?

My little grandkids are right. My mom was right. Hatred is always wrong because it’s always unfair to the one doing the hating, no matter how convincingly any given society or subculture singles out a genetic whipping boy as the wise target of modern (or “postmodern,” gag me!) moral outrage and hatred.

No matter what our Ivory Tower professors teach us about the lack of meaning and true morality in the Universe (based on their untestable assumption of materialism or physicalism with the nature of existence being a Darwinian fight to the death, and the joy of victim-group hatred being the fabric of all merry winners) it’s still true…

Well, that’s easy for me to say, with my genetics supposedly placing me into a comfortable world of white patriarchal dominance and aggression.

But here’s the thing, I understand both sides of grudge holding and hatred. One of my siblings beat me mercilessly from age three through age twelve, then emotionally tortured me for most of my adult life. Later the same person stole my entire inheritance which I was told was worth 3 million dollars at the time. Do you think I’m idiotic enough to hate that sibling?

It only made me sicker and more depressed to be owned by humanity’s worst enemy: hatred. This emotion is a mind virus replicating on justified anger that takes over your life through rumination.

I escaped the abusive environment and let go of everything I’d lost, including most of my self-confidence. Getting free helped me forgive my sibling while separating me from continual emotional abuse.

Hating and shaming those who abuse you or your Tribe only makes you angrier and sicker inside.

“Sicker now and sicker all the way down,” as my son puts it in his song, Sicker.

You need to separate yourself from your specific abusers, resist painting whole groups of people, even white males, with the broad strokes of hatred and prejudice. Then forgiveness can come and free you inside.

The “wise men from the East” were not part of the Jewish “Tribe.” But somehow they knew that such things don’t matter. And they probably knew that disconnecting from hatred, humanity’s worst flaw, depended in some mysterious way on this newborn Jewish baby lying in the cold with his mom and all the stable animals.

10 thoughts on “Wise Men from the East?”