When viral reports began circulating a week or two ago about Haim Eshed, the 87 year-old former head of Israel’s Defense Ministry’s space directorate, I suspected it was all a hoax. And not a clever one.

I didn’t rush to Snopes because Snopes is not even in the ballpark of unbiased information. Like Wikipedia, they carry water for the mainstream, denying anything that casts doubt on the infallibility of your TV set.

But just now I happen to click on Snopes feeble attempt at debunking Haim Eshed’s statements and realized a few surprising things:

2. Haim Eshed truly was the head of the Israelis Defense Ministry’s “space directorate” for 30 years.

3. He really does have a book coming out, “The Universe Beyond the Horizon — Conversations with Professor Haim Eshed.” (I still can’t find it. Please let me know if you know where I can buy a copy in English.)

4. As far as Snopes has been able to determine, Haim Eshed really did make claims that humans have made contact with aliens, there are underground bases on Mars, and unnamed officials in the United States have signed “an agreement with the aliens.”

5. This story really did appear in an Israeli newspaper, “Yediot Aharonot” (The Jerusalem Post) and was commented upon by that newspaper on Facebook on December 4. Snopes says this Facebook quote is real:

“The UFOs have asked not to publish that they are here, humanity is not ready yet. Trump was on the verge of finding out, but the aliens in the Galactic Federation say: Wait, let the winds calm down first. They do not want mass hysteria to develop in us. They want to make us sane first and understand. They have waited until today, for humanity to evolve and reach a stage where we will generally understand what space and spaceship are.”

I should mention that the geniuses at Snopes begin their objective debunking with this photograph: 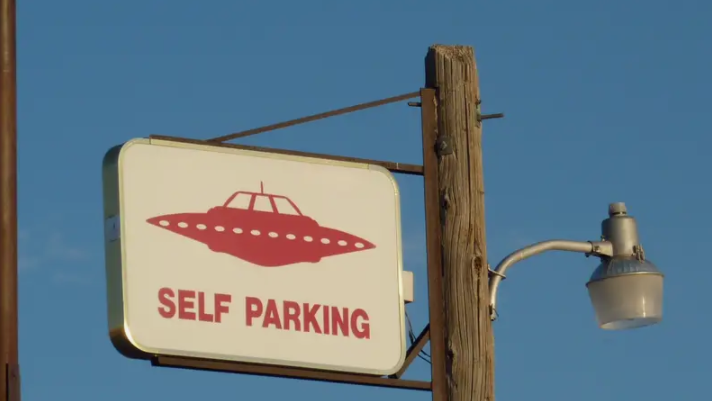 How could anyone take Snopes seriously when they feel free to “poison the well” with humerus ridicule? Do they think this sets the stage for their superior objectivity and intellect?

Giggling about UFOs shows a level of bias that’s outdated since official “disclosure” began in 2017. Snopes’ apparent ignorance should cause them embarrassment.

In their “real world” report, Snopes reminds us that NASA is still looking for extraterrestrial life. Finding this relevant would require the naïve assumption that NASA is honest. More likely, NASA pretends that UFOs don’t exist because they will lose funding the moment the folks operating the UFOs are identified.

Limiting the scope of scientific exploration through biased funding is the rule in science, not the exception. This is true in all branches of mainstream science from medicine to space weather.

Trying an appeal to authority, Snopes makes this statement, “It should also be noted that these claims [of Haim Eshed] do not have the support of the scientific community.”

That’s changing. The United States government has admitted to the public that UFOs are real. The DOD claims the aerial phenomena are enigmatic.

And here’s a scientist, Dr. Michael P. Masters (a professor of biological anthropology specializing in human evolutionary anatomy, archaeology, and biomedicine) who has now published a science-based book on his astonishing interpretation of UFOs.

That’s the good professor selling t-shirts in the featured image above. He’s not in the same league with Haim Eshed, in my limited view of things, but I greatly respect his courage and honesty.

Optimistically, it may not be long before the US government funds mainstream science in the study of unidentified flying objects and other unidentified aerial phenomena.

The part of the statement by the 87 year-old Haim Eshed that I find particularly interesting is the alleged opinion of the aliens that humans need to “understand what space and spaceship are.” This implies there may be something profound about these simple concepts…

At the moment, I suspect space is like a three-dimensional computer monitor made of small Planck-sized 3-D pixels which are intelligently controlled from beyond our space-time Universe. This might provide an answer to the question, “What medium exists to propagate light waves?” I doubt it’s “ether.” More likely it’s a medium capable of responding to information transmitted to it, like a 3-D monitor (conceptually like the holodeck of Star Trek).

What is a spaceship?

I suspect the answers to this lies on a continuum. Some spaceships are likely 3-D pieces of technology from hidden sources on Earth or other planets within the Universe. Other “spaceships” are likely advanced hologram technology owned and kept secret by the US Air Force who enjoys annoying the Navy with their new toys. Other “spaceships” may conceivably originate with the being(s) (possibly God or gods) who control the information flow into the 3-D pixels of our space-time “Universe” or simulation. Also, it’s possible that whatever reality undergirds the apparent phenomena of visualized ghosts and the like might also produce “spaceships.” (What am I forgetting here?)

Fine. Now we get it, Aliens. Can we please have some real disclosure for Christmas? We promise not to panic.

18 thoughts on “I thought this one was a hoax”