Here’s an honest sounding man, Ken Johnston, who claims to have been working at NASA when the US astronauts landed on the Moon. He says he saw what looked like alien bases in the pictures that came back.

If you’re like me, interested in fringe science and examining all the remarkable claims you can find, you’ve heard this moon-base stuff before from two or three other sources claiming to be eye-witnesses to original photos.

All this is becoming more believable now that the pentagon has publicly admitted that the three UFO videos captured by various fighter piolets since 2004 are genuine UFO’s (a.k.a. UAP’s). I feel sorry for the debunkers now.

Johnston says that the whole “alien coverup” will probably be ended by the US government this November, and when it happens, it won’t be the world’s religions that are shaken to the core, it will be the world’s scientists.

More than anything else the man says, this bit about scientists is the part that rings true for me.

Science has always deluded itself into believing that the current level of sophistication, at any point in time, is no longer primitive.

No delusion has been more persistent, and none has hampered scientific progress more than this one. Forgetting that we’re still a primitive species trying to do science with limited intelligence has closed our minds to important things that seem at first glance to be impossible. Worse yet, our lack or appropriate scientific humility has declared entire fields of scientific inquiry taboo, leaving our species ignorant by choice. Examples include the study of ESP, the study of the paranormal, the study of the cultural effects of scientific and spiritual fundamentalism, and the application of geology to archaeology, to name a few.

In an editorial debunking the “liars” who, like myself, believe there is considerable legitimate scientific evidence for intelligent design in nature, especially in the genetic code, Adam Wilkins, a mainstream scientist, makes a remarkably broad-minded statement:

“Furthermore, those scientists with passionate anti-religious convictions should accept that Science can no more disprove the existence of a Deity or immortal souls than religious people can prove the existence of either. More tolerance of private religious belief, coupled with insistence on what scientific evidence does actually tell us about the history of the world and living things, would be appropriate.

If, in contrast, scientists insist on atheism as the only “logical” belief system or demand that people choose between “evolutionism”—the quasi-philosophic belief in evolution as a guide to what should be—and belief in God, the outcome is not in doubt. More than half the people in the U.S. would choose religion and reject the science.”

Ironically, if Adam Wilkins and other mainstream scientists would read Signature in the Cell by Stephen Meyer, PhD, with the tolerance Wilkins and authentic science call for, they would probably recognize that Intelligent Design makes better scientific sense than Neo-Darwinism as an explanation for the origins of life and the diversity of forms on this planet.

But the human mind has a special place for an individual’s worldview. It seems to be a place near the core of identity, a place that triggers emotion and squelches reason, and a place that fervently resists change.

For us Christians, the “worldview neurons” tend to be filled with an untestable and unquestionable set of doctrines that include information about the soul, what happens when we die, and what behaviors and beliefs we must accept in this life to get what we want in the next.

For about two-thirds of scientists, the “worldview neurons” are filled with an equally untestable and unquestionable doctrine called “scientific materialism” that assumes there is no soul, no afterlife, and no behavioral norms relevant to an afterlife.

The reason many Christians think of atheism as a religion is probably because the “worldview neurons” of atheist scientists often take on a religious-style resistance to change and an urge to proselytize that reminds us of religious zeal.

Most educated people seem to think that if humans ever come into open contact with an extraterrestrial intelligent species, the aliens will be highly advanced, highly intelligent, and definitely secular, not religious or spiritual.

In the video below, Ken Johnston implies that the reason alien contact will shake the scientific community to the core will be the shock of learning that the aliens are scientifically thousands of years ahead of us. This would expose human science as primitive and perhaps destined to remain far behind the Universe’s most advanced species.

I think Mr. Johnston is partly right. But I think the more shattering aspect of alien disclosure for scientists would be the galling realization that advanced beings are, in fact, devoutly religious and deeply spiritual… at least the benevolent species.

Would advanced aliens be spiritual or secular? Would they make such a distinction at all? I’d be interested in your opinion.

PS: If you’re over 55, please be especially cautious about transitioning from lock-down mode.

Make sure you’re not vitamin D deficient. (Vit. D deficiency puts you at a much higher risk of serious complications from this virus as well as from several other respiratory viruses.)

Wearing a face mask primarily protects others from you if you’re infected but asymptomatic, which happens a lot. This is because the COVID-19 coronavirus travels several yards through the air when an infected person (even with no symptoms) coughs, sneezes or speaks loudly. So wear a mask as a sign of love and concern for others. Forget all the lame TV coronavirus politics. They’re deliberately manipulating us into outrage and frustration, partly to improve ratings and keep their jobs, and partly to protect their precious political worldviews. To remain employed, they have no choice but to create political outrage porn. Just ignore it. 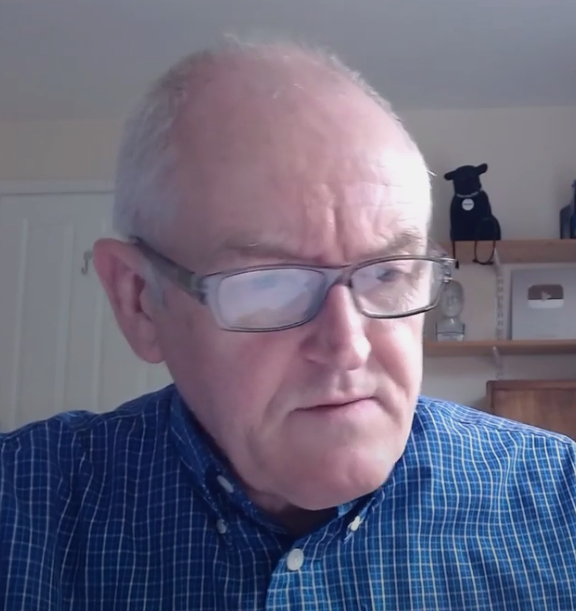 The first video below is Dr. John Campbell showing data in which people with darker skin are dying of COVID-19 at a higher rate than people with lighter skin. The stats are shocking, to say the least.

He suggests that since darker skin is less efficient in producing vitamin D3 than lighter skin (because melanin pigment in all races blocks the energy of the sun that drives the chemical conversion of Vitamin D), the higher risk of COVID-19 death for darker-skinned people may be partly due to lower vitamin D3 levels.

He suggests that in the interest of saving the lives of people with darker skin, doctors should check vitamin D levels in COVID-19 patients and “consider” vitamin D3 supplementation for those with low vitamin D levels. Nothing could be more reasonable.

Yet, astonishingly, this doctor has been called a racist for this suggestion. Here’s why:

The malignant and permanently angry religion of Political Correctness dictates that skin color could not possibly affect anyone’s vitamin D3 levels, and low vitamin D3 levels arising from skin color differences could not conceivably reduce a person’s odds of surviving COVID-19. Such unspeakable heresy would suggest that Nature herself is politically incorrect, which would mean the PC worldview itself is fatally flawed. Much better to ignore science and all the non-PC life-saving advantages she offers than to change your worldview.

Below, my favorite research scientist, Rhonda Patrick, PhD, answers various questions about COVID-19, including the Vitamin D question (at position 25:06 on the video). She delves into the relevant peer-reviewed scientific literature.

I should also mention that certain individuals have a condition, probably a genetic SNP (single nucleotide polymorphism), that lowers their vitamin D levels, making it difficult for them to achieve a normal vitamin D level even with D3 supplementation. I know this is real because I have an Asian friend with this trait. So regardless of your skin color, it seems to be entirely worthwhile to have your vitamin D3 level checked, especially now with this lung-attacking virus going around.

Future studies will probably sustain the preliminary data in this post, so be brave and share it with everyone on your email list. You may save someone’s life.