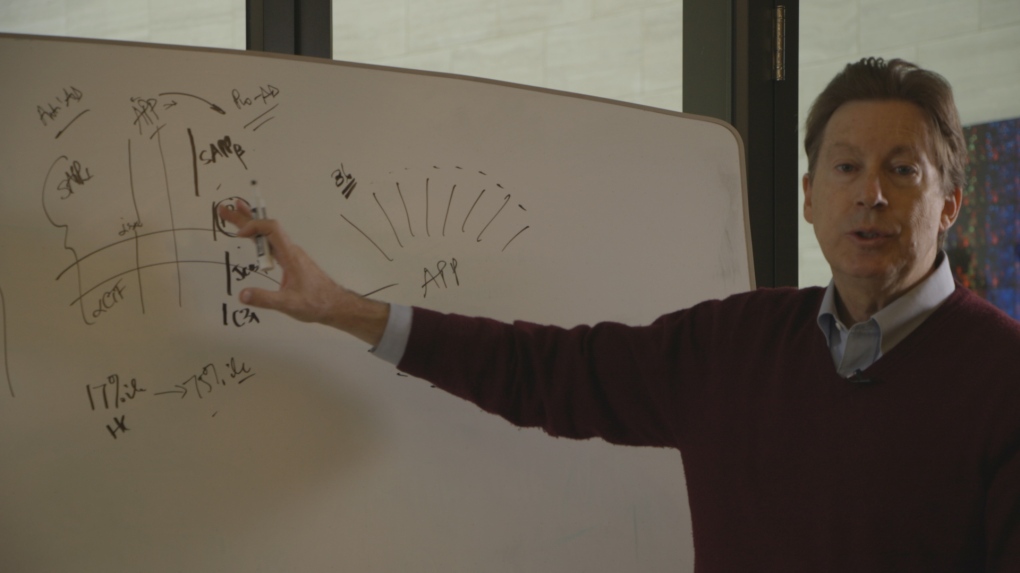 (Brief update 9/28/2017: The book, The End of Alzheimer’s – The first program to prevent and reverse cognitive decline, by Dale Bredesen, MD is finally out!

I have no affiliation with him. I’m a retired pathologist who recognizes breakthrough science pretty well. Please buy Bredesen’s book, read it and loan it to all the middle-age and older people you love, not just the ones with memory problems or difficulty finding words. We are dealing with an epidemic that strikes silently in a person’s 40’s, if not earlier, and doesn’t usually show symptoms for two decades or more.

Also, maybe share the book with the troubled young people in your life. Anecdotal reports (my own, plus many others) suggest that the low-carb aspect of the Bredesen protocol and, of course, the exercise component, eliminate chronic anxiety and depression for some individuals. If this turns out to be reproducibly true for significant numbers of patients, it’s another medical breakthrough.

Here’s an interview of Dr. Bredesen by David Perlmutter, MD:

Most of the remainder of this page reflects earlier versions of the Bredesen Protocol that I haven’t yet updated to reflect the latest changes listed in his book. The book is written for the general public and reads like butter. It’s a life changer for many people!

Here are Dale Bredesen’s 2014 Alzheimer’s treatment (and prevention) details, taken from one of his peer-reviewed articles. He has added several things to his protocol since then, but I haven’t been able to verify what they are. His approach is tailored to individual patients based upon extensive testing.

Since I posted this, Dr. Bredesen has reported success in over a hundred additional patients with memory problems.

Critics want brain biopsies, of course, but how many patients with early Alzheimer’s would submit to that? The critics seem jealous.

As I mentioned, Bredesen has added a few new things to his protocol since 2014. They’re not listed in his follow-up paper but they seem to including a greater emphasis on the aging brain’s preference for ketones over glucose (i.e., a ketogenic diet, intermittent fasting and coconut oil supplementation).

Here are some of Bredesen’s additional protocol items that may not be entirely accurate because I’ve found them on other websites, not on Dr. Bredesen’s site or in his papers.

Below is a video of David Perlmutter, MD reviewing recent advances in the understanding and treatment of dementia. (Not sure why Dr. Erickson’s picture is there.)

This kind of scientific knowledge needs to be shouted from the rooftops by people like you because most MD’s are still unaware of what’s going on.

Caution / Disclaimer: I’m not giving medical advice here, just pointing out peer-reviewed, breakthrough science that is worth knowing well before you discuss dementia with your doctor. You should always discuss medical things with your doctor before making lifestyle or medical decisions, of course, but don’t expect an average MD to know anything about the latest treatment of Alzheimer’s beyond the monotherapy drug approach that has failed. “One disease, one drug” limits the scope of western medical science. It is religiously sustained by flawed logic, ignorance and a tradition of testing one variable at a time – the Drug Companies’ pied piper of research.

OK, we’re both writers, so humor me for a minute.

Dale Bredesen says Alzheimer’s disease is like a leaky roof with multiple holes, about fifty are known and more may be discovered. Each hole in the roof needs lab testing and simultaneous (synergistic) treatment before a patient gets better.

Mainstream medical science has not thought through this sort of problem. Their “evidence-based medicine” approach reflects an attitude that would be appropriate and logical if we were dealing with a mild skin rash or an uncomplicated bacterial infection with an antibiotic-sensitive organism. But it’s immoral to approach a mind-torturing and uniformly fatal disease of high complexity like Alzheimer’s as if it were somehow scientifically wrong to do everything humanly possible as soon as possible to stop the epidemic. Somehow that remains the mainstream position against Bredesen’s successful treatment.

But it’s immoral to approach a mind-torturing and uniformly fatal disease of high complexity like Alzheimer’s as if it were somehow scientifically wrong to do everything humanly possible as soon as possible to stop the epidemic. Somehow mainstream Ivory Tower institutional research boards (IRB’s) still take a position against Bredesen’s type of research design, despite its successful treatment.

Bredesen’s “leaky roof” analogy for Alzheimer’s disease inspired the story below: “If War Generals were MD’s.” (I posted this story on my blog, so please ignore it if you’ve read it before.)

If  War Generals were MD’s

It’s midnight. Your squad sits in a valley with hills on all sides. Fifty hills. The ground beneath your boots vibrates with enemy tanks rumbling beyond the blind horizon.

Wouldn’t it be wonderful if they attacked from one direction? They’ve done it before.

But they could just as easily attack from fifty directions, the way you would.

You’ve seen war up close. You place a priority on winning.

But the Generals back in DC are MD’s now. Their “evidence-based medicine” extends to every problem humanity faces, even war.

Today they’ve set up a test. Your orders are to defend whatever comes over the big hill to the north, ignoring attacks from other directions.

If your troops lose, the Generals will have ruled out the hill to the North.

After the loss, they will select another hill for study with another garrison of expendable troops. You won’t be among them. And you won’t be looking down from Heaven. Now that western science owns DC, there is no Heaven. Namaste.

“One hill at a time” is the motto of “Evidence-Based Warfare.”

Though BS scouts have crawled up the hills on their bellies to find enemy troops ascending each of the fifty discovered hills, basic science must be ignored until war deaths can be analyzed and published. It’s the only way to be sure: First, do no harm.

War drums bang in your ears. Enemy tanks leap over the hills.

Your squadron fires North with deadly weapons. Nothing stands against them…

But your flanks are exposed. Casualties mount.

Against better judgment, you call D.C.

“They’re coming over all fifty, Sir. It’s a multi-pronged, attack.”

“General, Sir, I’m sorry, but I’ve got an idea. Listen, I know this is a little late, but if you give the order to defend our flanks, I think we could still…”

The General laughs like a sadistic resident enjoying the pimping of a medical student. “You don’t seem to understand experimental design, Captain. Your job is to isolate one variable. If you go off willy-nilly defending multiple hills, we can’t generate meaningful statistics. Scientific chaos. Evidence-Based Warfare demands a blinded, randomized study with one and only one variable at a time. That’s why progress has to be slow.”

It’s the only way to be sure, a voice says in your head.

“But Sir, we are blinded. Totally blinded down here. And honestly, some of my kids aren’t ready to die. Shelly’s barely eighteen.”

“Sir, I know we’re going to die, I can accept that. But can’t we go down with a fight this time?”

“Just this once? Hello?”

“Do you want the words, ‘Snake Oil Soldier’ carved into your gravestone, Captain? There’s one scientific way. You know it. You know you know it.”

“Yes, but couldn’t we just think outside the…

“What is it we’re doing here, Captain? Come on now, you know the drill. Say it with me…”

“Good. And what’s your motto, soldier?”

“One hill at a time, Sir…” Your last words on Earth.