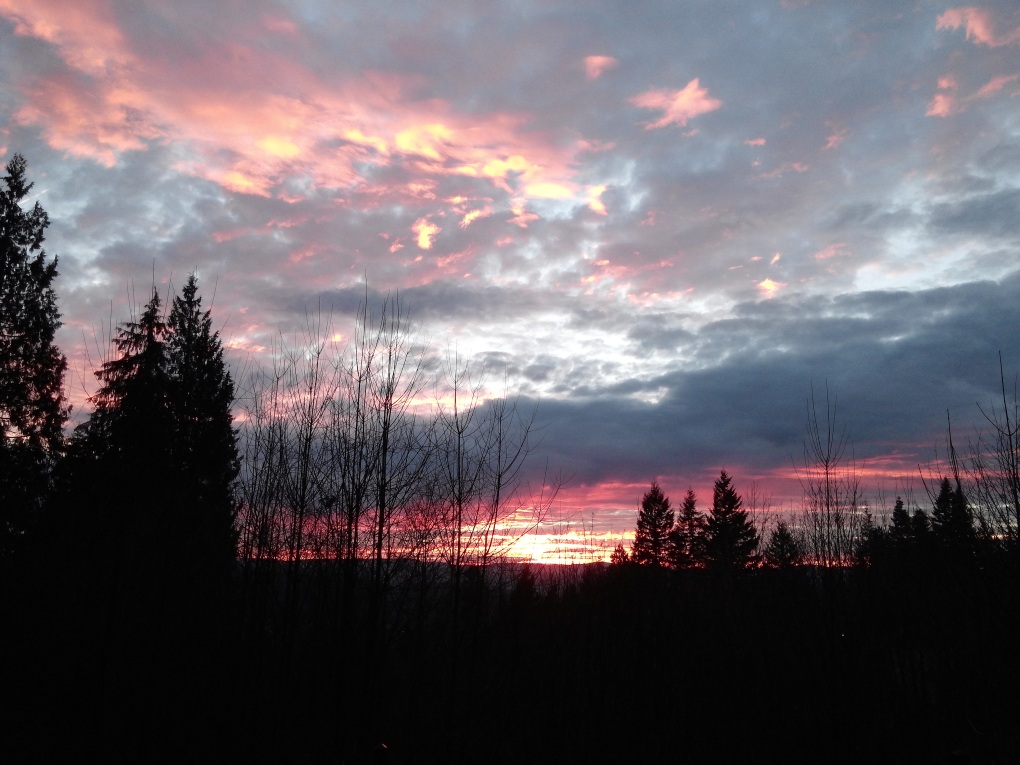 “Love is impossible without trust. Trust has been undermined by the popular notion that honesty is optional. Honesty is impossible in a paradigm where there is no right and wrong, only amoral species competing for survival with no advantage attributed to honesty. We need to figure out who we are and why our survival depends on honesty, trust and love.”

What I meant was…

We’ve been sold snake-oil science: The notion that we’re nothing but animals with big brains living in a mindless, meaningless Universe.

This belief is death to a species capable of destroying worlds, because it will promote dishonesty which leads to distrust which leads to hatred and ultimately to self-annihilation via H-bombs, predatory genetic engineering or destruction of our own ecosystem through carelessness and toxic waste.

Everything we read is baptized in the “scientific” dogma that a mindless thing called “random DNA mutation” under the influence of “natural selection” or “survival of the fittest” literally writes our hypercomplex DNA codes, the complexity of which we’re only now beginning to catch a mind-boggling glimpse of.

Evolution is taught equally to children and doctors as “infallible” truth, rather than what it is: an uncontrolled, unblinded, non-randomized and speculative interpretation of weak retrospective data that hasn’t been given a thorough statistical analysis because it’s impossible to do so on retrospective, quasi-historic “data.” This is the very sort of weak study design that medical journals would reject as dangerous – if anyone were so naive as to submit such a study to a medical journal, which I can’t possibly imagine nowadays. Maybe in the 1950’s when a political committee voted the “food pyramid” into the scientific arena where it’s done nothing but damage to American health.

Almost everyone believes the evolutionary speculative tale unless they’re part of a fundamentalist religious group with other beliefs.

But either way, our species is heading for extinction because we have made it “normal” to lie to each other.

In commercials, only the sales stats matter, not the truth.

In our courts, the act of winning trumps integrity by virtue of the foundational assumption that there’s a difference between “legal justice” and “moral justice,” and the law, like “settled science” has no moral responsibility.

In politics, winning means infinitely more than honesty because the other side is so clearly evil, dumb and dangerous, no matter which side you’re on. Both sides are saving the world, so the end seems to justify the means, and lying appear to be a useful skill rather than the destructive force that logic would call it if we listened.

In our personal lives our circle of empathy narrows, justifying lies to those outside of it.

In the back of our minds we allow lies because we’re told from kindergarten that we’re just animals with big brains trying to survive. Animals tell lies with their body language and built in camouflage. We lie with our tongues. Other than that, we’re the same, right down to the DNA that was mindlessly coded for us.

And since we lie, we forget how to trust and how to remain steadfastly trustworthy come what may.

With love off the table, we expand our acceptance of hatred, grudge holding and revenge. We thirst for personal victimhood and someone to blame, while ironically, predators become our heroes.

If we didn’t have opposable thumbs and weren’t able to blow humanity into tiny bits with a small fraction of our nuclear arsenal, it wouldn’t be such a big deal. We could blend with the deceitful but balanced ecosystems of animal behavior that dominate this planet. Camo is in their DNA. Sneaking, hiding and devouring prey are on page one of Earth’s user manual.

That’s what’s so confusing to us.

If we were only ten orders of magnitude stupider, we could survive, living as the hairless apes of soft science’s favorite fairytale.

But we’re too clever with the technology of killing. So the fading of honesty, trust and love are preparing us to push the button on ourselves. Look at Russia. This is not religious talk. This is secular logic that refuses to swallow neo-Darwinism and materialism without chewing.

In order to survive, our species needs to push all cultures toward honesty. Big brains self-destruct without it.

Honesty will resurrect trust and trustworthiness, setting the stage for love, logic and reason… and a rational treatment of sociopathic predators who need enlightened mental health care rather than election to congress.

Next time you’re writing emails, if you think of it, please tell a cherished friend about my blog (www.storiform.com). Thanks! I appreciate your thoughtfulness and help. Someday I’m going to put those little buttons in here to help poor Mr. Zuckerberg make some money.