My phone is blasting Skullcage from my lab coat near my pillow. I’ve been spending nights in my Prius at the Beach in Astoria since Grandfather died. There wasn’t money enough for the house plus keeping James in Hawaii with his new shrink. This new guy’s actually helping my brother with his depression. It’s the miracle I’ve been searching for.

Talmage wants me to tell you this like a story, so take a look up through the glass of the hatchback at the stars while I find the phone. We don’t want this novel rejected in The First Fifty Pages for lack of a visual scene… or because I’m “breaking the fourth wall.” I bet there’s a rule against that somewhere.

Check out Orion’s belt in my Universe. It looks nothing like the arrangement of the three Egyptian Pyramids, but I have a warm feeling for the man who thought of the idea: Robert Bauval. That’s him in the picture. 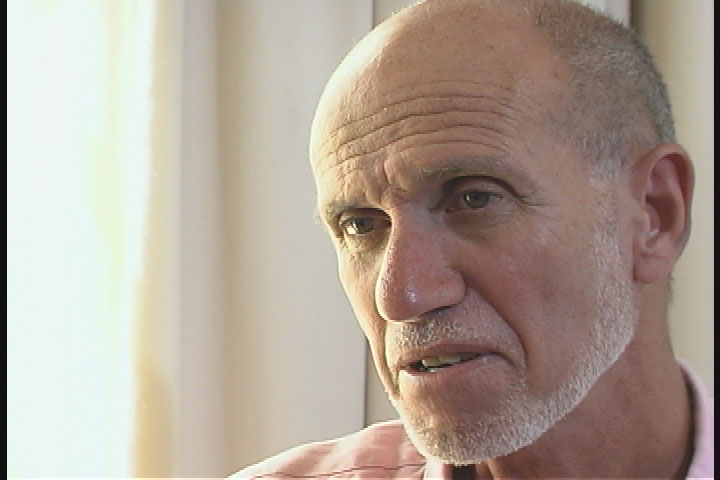 I trust his eyes and the way he speaks, because he reminds me of an Arabian geneticist who always has my back at work. She speaks her mind and curses Dr. Drummond for publishing my research as if he were the original thinker and inventor.

Academics eat their young. But the people out there doing my brand of genetics probably know where Drummond’s breakthroughs are coming from. He was totally obscure before my name showed up behind his.

My phone shows 4:11 AM and a Hawaiian number (808) that I don’t recognize. It could be James on a friend’s phone. Now I’m seeing James dead on the side of the road with a cop calling the next of kin.

I have to stop jumping to worse-case-scenarios. It’s part of a rare condition I’m blessed with – perfect autobiographical recall. Depression is part of it, too, but it comes later in life. It probably has no relation to my other condition – M5.

The call is from a boy claiming that he’s kidnapped James.

James has highschool friends now, all of them older. My prank caller was probably one of them. They’re different. They say they hate capitalism but actually they hate the overwhelming sense of unfair competition that the adults bury them in at the concentration camps called schools. Life on Earth is tough, but birds and bears get a chance to relax and imagine their own importance while kids have their noses rubbed in the armpits of superior competitors all their waking hours. Giving everyone A’s and trophies convinces them they need handouts to make up for their mediocrity and inferiority. The lies only make the adults feel better, they don’t hide or change the reality of unfair competition.

And don’t tell me it’s fair. I know better. It’s completely unfair because of people like me. I remember everything I see and hear. My brain does complex calculus at the subconscious level. I don’t even know where the answers come from sometimes. And this stuff barely scratches the surface.

James’ new rock band has no name, but he’s always recorded under the banner of Skullcage. He’s the main act everywhere he goes. I’m so freaking proud of him I could pop! He plays all the instruments, sings, and writes incredible songs full of tormented screaming, beautiful melodies and guitars that sound like they’re speaking a language – trying to talk.

His CD’s make you feel confident… unless you worry about him killing himself, which I often do.

You’d never know he’s chronically depressed if you met him. He’s funny, dominant, and full of life. He makes everybody laugh and feel important. You wouldn’t believe all the people who think of him as their best friend. But only one person is…

There’s a barge coming out of the mouth of the Columbia River to the north. Its lights are all that’s visible. Plus there’s the traction beam of a UFO aimed at the deck. I’m kidding, but what is it? Somebody on a higher deck with a floodlight, maybe.

I’m getting out for a better look.

The waves are slow closeouts tonight, scooting up the long level beach in parallel terraces, white and hissing at the full moon.

But I ask you, what are the freaking odds that the moon would spin at exactly the rate necessary to keep one face aiming at the Earth at all times? We’re talking two balls rotating freely and one orbiting the other. What myth of science will explain who put the extra weight on the side closest to us?

If only the brain-dead and the economists believe that unlimited growth works on a finite planet, who killed the space program, and why?

Astronauts have a broad perspective. They’re brave enough to face death and even public humiliation.

They’ve seen all of Earth in one glance – our crucible of survival with two opposing teams: the competitors and the rise-above-it types. But the spectators, where are they?

You don’t set up a game of this magnitude unless you’re planning to sit and watch.

That’s why the moon faces us. It holds the box seats.

The traction beam above the barge went out before I could tell what it was. I’m cold in this breeze so I’m getting back into the car and pulling the hatchback down.

My ringtone blasts again, “Give to me a dirty heart filled with all the darkness of the world. I’m taking all the dull sh*t in and burning up inside within, it’s true. I hate you.”

James wrote this and recorded it on cheap gear when he was eleven. It was a prayer. I could cry… his little face and his little high voice and that huge drum set all around him.

My phone shows the same caller. I answer, and I was wrong. It’s not a high school boy. It’s an old woman.

My heart stops and starts. I try to catch my breath.

She tells me to get on a flight from Portland to Oahu at 10:00 this morning. Gives me the flight number and says I’ll meet a guy named Del at the terminal.

I manage to plead. “Let me talk to James so he doesn’t freak out.”

“You don’t have him? Can you call your boy and tell him to forget James? Please? We can work this out without him. I’ll do whatever you want. Just leave him out of it.”

“Take down my number, dear, and call me if there’s trouble. Traffic or anything. Have you got a pen?”

“Your number’s on my phone.”

“It is?” She hisses at someone.

“What do you want with James?”

“The fourth dimension,” she mumbles. “We want to test him. You wouldn’t understand and you need to catch your flight.”

This could be Frameshift Corp. I criticize genetically modified organisms in every lecture at Oregon Health and Science University. GMO’s are the grim reaper of genetic diversity, one of the things between us and extinction. “Ma’am, I can’t let this happen. This kind of emotional trauma could send James back into depression. He’s starting to sound normal, finally.”

“I’m pretty sure you’re with Frameshift, so you’re talking genetics, not string theory. Your fourth dimension is time. You’ve probably got base-pairs lined up for a mile, looking fine on paper. But something’s killing the host. I’ll bet it’s a timing issue.”

I pause and she groans, but doesn’t speak.

“I’m right, then. Listen, whoever you are, you need me. I’ve got seventeen layering techniques that double as time-sequencers. If one of them doesn’t fix the problem, I’ll find something else that does. You can take my words to the bank.”

“My goodness,” she says. “I don’t often get goose-bumps. Perhaps we should test you.”

“Don’t insult me. You’re familiar with my work. All you need to do is forget James, and I’ll come work for you. Legitimately. I’ll sign a stinking contract. Nobody has to be kidnapped.”

A shooting star streaks away from the earth and barely registers as going the wrong way.

“But Ma’am, I’m telling you, if you scare James or bother him in any way, I’ll make sure Frameshift destroys you. Think about it. Once I’m inside, it won’t be two days before your CEO knows he needs me more than you.”

“You insist I’m with Frameshift, but…”

“Screw this, Ma’am. Tell your thugs to look for my body in the ocean beside the South Jetty in Astoria.”

“What are you saying?”

“I’m going to drown myself. I’ll be dead in twenty-five minutes. You won’t need James when I’m gone.”

I hang up with a racing pulse.

Maybe I should have mentioned that my second condition, M5, is acute monocytic leukemia. Diagnosed three days ago at Kaiser. I haven’t told anyone yet. I’m supposed to start chemo tomorrow, but M5 doesn’t respond well. It takes you out in a month, sometimes. I’m just thankful I found the new shrink for James.

James is going to be OK. That’s all that matters now.

If you want, you can read this in-progress story as a “one page” scrolling document from page one (beginning with Johanna’s unorthodox chapter zero). It starts here. I don’t know, she thinks the zero is under-appreciated, I guess.

If you like my fiction and want to be notified when each of my novels is done (possibly before Andromeda hits us) please join my list here. (No spam or sharing of your address at all.)

By the way, if you like my stuff, please email my URL (www.storiform.com) your best friend. Or your geekiest friend, if that’s a different person, which I’d tend to doubt.

Thanks, I appreciate your generous support.