Not that you need one more thing to worry about, but with Earth’s magnetic shield weakened by 9 to 15 percent, and scientists saying that in the next 15 years or so another coronal mass ejection like the Carrington Event of 1859 will probably fry all the bank computers and wipe out the records of our financial holdings, maybe it’s time we made some simple adjustments.

Another option would be to believe those who tell us that the circuit breakers in today’s grid will protect us. “I’m sure we’ll all be perfectly safe.”

Either way, this video is an important message from a bright young mind…

It’s charming how Anton Petrov smiles right through predictions of global disaster. From his LinkedIn page, he appears to have a Christian background of some sort. All the more reason to appreciate his delivery, says I.

For people of faith, it’s tempting to use any dire warning from scientists as a springboard to proclaim superiority: “If God allows this, so be it. I have bigger fish to fry… spiritual fish.”

From studies outside my expertise, I strongly suspect that Noah and his flood story were not mythical inventions but historic realities, at least in the broad strokes.

If this is right, the religious elites of Noah’s day surely said to him, “Have a little faith, old man. Stop worrying about the things of this world and get rid of those stinking flamingos.” 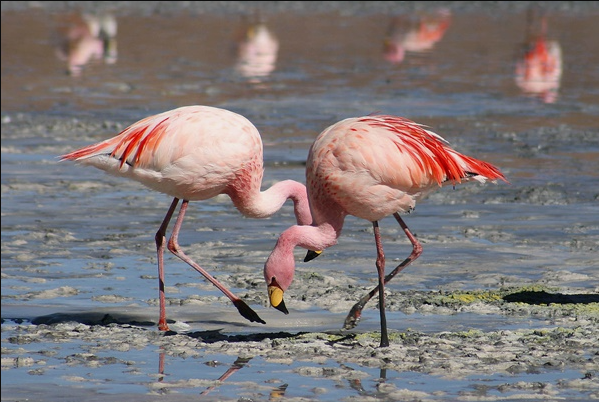 But Ben and the Greeks were right, I think. Noah would have agreed. And James, too.

Speaking of James, what do you make of this, attributed to Jesus in the apocryphal Gospel of Thomas:

“No matter where you come, it is to James the Just that you shall go, for whose sake heaven and earth have come to exist.”

Wow. I mean, geocentric religion is one thing, but the whole cosmic enchilada was created for brother James?

It reminds me of how some Christians think that their church is the most important thing in the Universe from God’s perspective. “And don’t be ridiculous, there’s no way God would let my church be devastated by a blast from the sun.”

Maybe that’s right. But possibly that belief will someday be about as apocryphal as the Gospel of Thomas and the near-divinity of James.

So maybe it would make sense to care about solar activity and prepare for what’s coming.