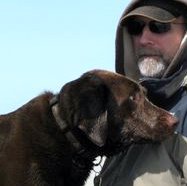 “One of the biggest sins of writing is to bore your reader – with language, with plot, and with character.” (From Ann Hood’s book, Creating Character Emotions.)

The biggest sin in fiction writing is against yourself, the writer. It happens when you put fear of the reader ahead of the excitement of creating.

If your guiding light is a creative-writing professor shaming you and saying not to become a “whore” by writing for a broad and “average” readership, you’re sinning against yourself, the writer, a human being who needs food, shelter, love and common sense.

If your primary concern is an editor’s passing fancy rather than your own, you will bore yourself with stories that don’t tell your own painful truth.

If the “average” reader is a taskmaster to you, you’ll still be writing to please a critic, and putting your soul to sleep. Fortunately, the average reader is very much on your side, listening with care and wanting your story to be the best.

Writer’s block comes when you fear boring the reader more than boring yourself.

My characters want to talk and talk until they all agree. I’m constantly trying to coax them into doing things that involve conflict so my beloved two readers (wife and daughter) will not be bored. But this is a mistake because it means that my story is not worthy of my readers. This hollow feeling shows that sinning against my readers by boring them seems worse to me than boring myself.

That’s messed up. I’m not going to do it anymore.

Is it any wonder that day after day I sit down to write, but instead check my email, surf the web, write a blog entry, re-read and edit my first few chapters, and fail to create new story content?

I’ve never been a proponent of selfishness, but it’s obvious that I’ll never finish anything creative if the process is boring me into avoidance.

So I’ve got to put myself as a writer ahead of my readers where boredom is concerned.

It’s going to mean too much talking.

It’s going to mean too much real content – the stuff you find in non-fiction books.

And it’s going to mean writing in first person, even though my viewpoint character, Johanna, is a beautiful genius girl and I’ll never know what it’s like to be any of those things.

If you’re interested in intelligent design, weird artifacts, genetics and psychology from the perspective of a nineteen-year-old “Hapa Girl,” my in-progress novel may be a fun read. The protagonist, Johanna, is a genius geneticist with a younger brother who struggles with depression, though you wouldn’t know it to meet him. Her evolving story starts here.

It’s an experiment called, Hapa Girl DNA, and is a hybrid itself – a tightrope crossing of fiction and non-fiction. “Hapa” is the Hawaiian term for “half.” Johanna is half Japanese and half Jewish. In writing her novel, she and I ignore some important fiction-writing rules, partly because we like to test dogmas and partly because it’s fun to try new things.

So you could download my e-book on fiction writing, the second to last chapter of which gives my current opinions on many of the dogmatic rules of fiction writing. Downloading that 10,000 word file will place you on my short list of people who will be politely notified when my traditional novel is done – possibly before the next ice age. (No spam or sharing of your info. I haven’t sent an email to my list yet. It’s been over a year.)

Next time you’re writing emails, if you think of it, please tell your best and hopefully weirdest friend about my blog (www.storiform.com). Thanks! I appreciate your thoughtfulness.